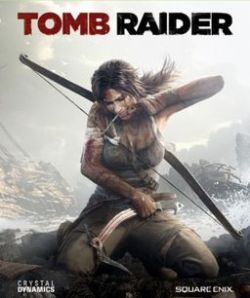 What a difference a reboot makes.

During Tomb Raider’s heyday Lara Croft was hailed as a feminist icon. Using her womanly wiles and steely determination to travel to the farthest corners of the Earth, and McDonalds Westfield, on no more than a flight of whimsy and the boredom that people with more money than hair have. But now, during one of the interviews drumming up interest for the new reboot of Tomb Raider, executive producer Ron Rosenberg has said that we’ll want to keep her safe.

Although having her knowingly swan dive off to splat against the rocky floor in Tomb Raider 2 wasn’t keeping her safe at all.

But people have been getting uppity, not because the focus has shifted from Lara doing adventurous and dangerous things and onto making her a weak and frail character that needs saving, much like Lemmings, or the sims in Theme Park, but because Lara is subjected to an attempted rape.

Personally, knowing that Lara goes through a horrific attack (which attempted rape is, regardless of whether she was actually raped or not) adds a fascinating facet to the character that could reflect something almost unheard of in video gaming: a realistic look at how a woman who goes through something so traumatic but still battles against her captors, both human and nature based, to lead a healthy life afterwards.

Is this not inspiring for women who have, might do, or won’t go through sexual abuse?

Eventually Lara will be a daring acrobat juggling pistols and grappling hooks in an often male dominated (yes, fictional, but still male dominated) profession, despite the abuse she suffered.

If there is one word that doesn’t describe Lara Croft (both reboot and preboot) and the Tomb Raider trailer its Victim. She might be scorned, and she might be angry, but so what? It can make for a great character driven story. Laurie Strode turned her fear at the hands of Michael Myers into a killer survival instinct (I don’t pretend Halloween: Resurrection happened), Beatrix Kiddo let her grief formulate into a rampaging and brutal quest for revenge, and did Ripley hide away while a xenomorph dribbled on her?

Well, no, she threw herself into a furnace to save the Universe from the Company’s nefarious plots didn’t she, but the thought is still there.

Having Lara Croft go through something that women go through every day is a good thing, I believe. It’s a beneficial message. Depending on how severe Tomb Raider is, it could be more serious that what people are thinking, but if it is a flippant event that victimises Lara Croft, then this is wrong. If you want to introduce mature content and issues like rape, then they should be giving the respect that they deserve, and not trivialised and sniggered about. It should be an important part of the story, and not just a tittering ‘oh, she was raped as well.’ I’d rather Lara Croft wasn’t Sue Dibny-ed.

Although there’s no way to judge how extreme or limited this is going to be dealt with until the game is released, it looks like Crystal Dynamics has their work cut out for them.

2 thoughts on “Does Lara Croft Need To Be A Victim To Be Kick Ass? No, But It Helps”