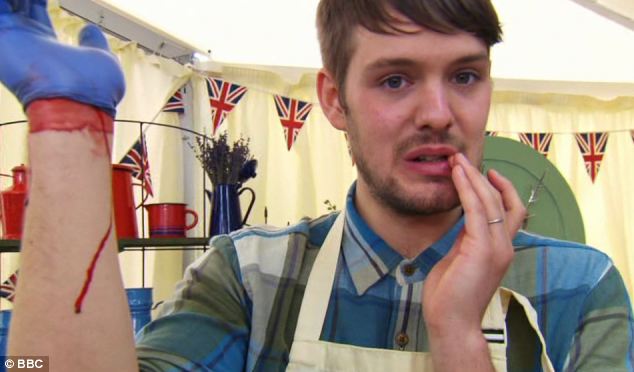 As the ganache topping is about to set on this year’s series of Great British Bake Off, all the contestants who weren’t really as good as they should have been have discarded into the bin, like the desiccated fruit that no one wants in their cakes, leaving only the very best of this series to fight it out with rolling pins and heart shaped cookie cutters. A veritable battle royale of baking will play itself out on BBC2 (and BBC HD) on Tuesday night at 8 pm as Brendan Lynch, James Morton and John Whaite take each other on to be crowned the best baker in the entire Universe.

But who deserves to win this melée a trois? Who’s soggy bottom will let them down? Who’s macaroons look the most like tiny poos? When will we stop sounding like Ann Robinson?

Well, before the final tonight, we’re going to cast our own expert eye over the finalists and try and pick out who will be rising to the occasion or collapsing like a creme brulee who has just been told that no one likes creme brulee anymore. 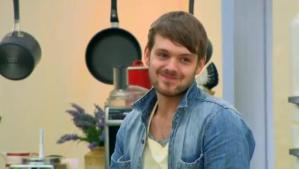 The Michael Crawford of this years Bake Off, based on his cooking ability, not his singing prowess (although he might have a mighty fine singing voice, we don’t know) John has scraped through by the skin of his teeth week after week with his accident prone, incredibly adorable approach to cooking. He may not be as technically adept as Brendan or James, but when it comes to warming the cockles of the hearts at home, John can definitely be classed as one of the hunks of this series.

John’s clumsy approach rings true to viewers who, like us, don’t know the difference between a fish slice and a spatula, would balk at the sight of raw bread, and violently vomit onto Mary Berry’s affordable, yet stylish Clarks shoes as a rampaging Paul Hollywood rants about ‘bad bakes.’ The one time that we baked bread, it looked like someone had made papier mache out of last week’s food stained edition of The Sun and crammed it inside a burnt lampshade. John looks like that he would teach us how to make the perfect love, and then put a congratulating arm around us while we tucked into it. Perhaps it leads to some snogging, perhaps it doesn’t.

The chances of John winning are quite slim; he’s not as consistent as the other two contestants, but he does have an adorable quality to him that could carry him into Runner Up ahead of Brendan ‘I Look Through Your Windows At Night’ Lynch. 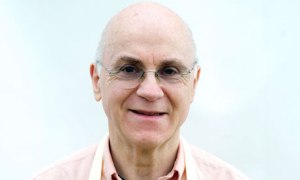 Speaking of Brendan, he’s the only contestant that we’ve ever seen on the Great British Bake Off that we would possibly test to see if he was a replicant or was about to go into space on the Nostromo. All of his creations, however camp and cloying they may be, have been to such a high standard that, not only does he make us feel intense jealousy of everything that he creates, but also that we would have no qualms befriending him and eating everything that he would make regardless of whether they are Disney-esque frills and Snow Whites strewn from pie cooling windowsills. In fact, eating Brendan’s Snow White would be an honour.

Unfortunately for Brendan, he’s so perfect that he doesn’t quite deserve to win. He’s been so consistently good that knowing that he would walk away with the prize would be tantamount to an anti-climax because he hasn’t progressed or learned much, unlike John who’s learned how to slice your thumb with a blade and also how to worm his way into our hearts at the same time.

Ostensibly distilled from Abigail’s Party Brendan is the King of Kitsch and can’t seem to help channel Fanny Craddock and Delia Smith into each of his dishes. More often than not they end up looking like they’ve come straight from a dusty 70s bakery instead of James’ sleek creations or John’s good attempts. Symmetrical, angular, and perfect, if this was just a baking contest where we couldn’t see the seething in his eyes when things go wrong, and the reports of cats being slashed, and piped with intricate roses, then Brendan would win hands down. But his determination will set him into third place, which is still good Brendan, don’t feel bad. Please don’t take it out on the neighbour’s pets. 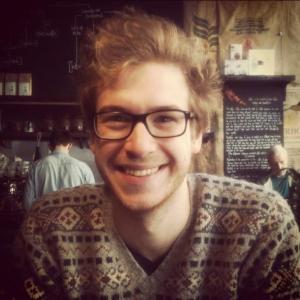 James Morton is one of the sexiest people to ever grace the big white tent that the Bake Off is set in. His Rick Moranis-esque (Little Shop of Horrors era) good looks and taste in knitwear really places him high in the viewer’s spank bank. Clad in fairisle tank tops with a pair of thick rimmed glasses, James has consistently excelled at creating recipes that sound like they shouldn’t really work, but still seem appealing. If you came across lavender and apple tarte tatin in Tesco you’d think that it was a niche product for people with more money than sense and who know the difference between artisan bread and every other piece of bread on the planet. But if James was slaving away at the oven creating it for you, you’d eat every last crumb, despite lavender being the smell most associated with nanas.

Excelling at following set recipes but still bringing an individuality to every thing he does, James is clearly going to win Best Baker In The Universe, without going over the top like Brendan, or slicing his hand open like John. He’s even a strong contender for single handedly making the tank top fashionable again. There are even rumours that James is single handedly responsible for a surge in knitwear in Marks and Spencer, although this could be down to the weather being as shit as vanilla ice cream.

If James doesn’t win and Brendan continues his reign of sugar related tyranny with book deals and appearances on The Alan Titchmarsh Show, don’t say that we didn’t warn you.